Op-Ed: What happens when public schools lose students? A recent New York Times op-ed by Michael Gerson, a senior fellow at the American Enterprise Institute, suggests America is on the verge of a major… 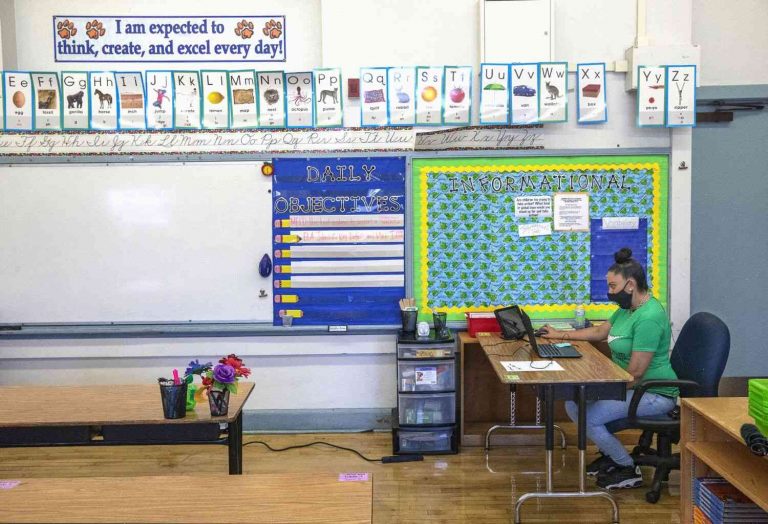 A recent New York Times op-ed by Michael Gerson, a senior fellow at the American Enterprise Institute, suggests America is on the verge of a major educational reckoning:

It’s easy to talk about how much we have done well as a nation over the past 100 years. But a better way to measure our progress—one that measures the success of the most successful nations in the world today—is to look at where we are and try to figure out where we’re headed.

Gerson doesn’t mean we need to measure our success by any other yardstick than our students’ test scores. But why would it be wrong to do so? (I’ve argued here and elsewhere that we can’t ignore what happens when parents, school districts, and state governments don’t turn their noses up at student testing results.)

“Our first step, then, is to go back to basic principles,” Gerson writes. “As George Mason University Professor Walter Williams put it in his 1997 book, The Moral Landscape, “Every law has to start somewhere.” That is why Williams is so important. He is not only an intellectual titan but a master of applying principles to issues that involve many different stakeholders.

Williams calls for a broad-based review of government and business ethics, and says we can do better. “I believe, as do many others, that we face an ethical crisis,” he declares, “an epidemic of corruption that threatens the future of the world’s most successful economies.” We live in a “crisis of confidence,” he writes, “a crisis that will not be solved by technology. It will only be solved through the transformation to a new ethics that combines individual responsibility with social responsibility.”

Here’s the bottom line. Gerson doesn’t use the word “school,” but it’s clear what he means: that a school that wants to attract students will, sooner or later, have to put more student focus on the quality of