Editorial: Port pollution is a crisis. It’s going to take more than a $20 container fee to fix it, however. The Port of Los Angeles is among those with the worst water quality in… 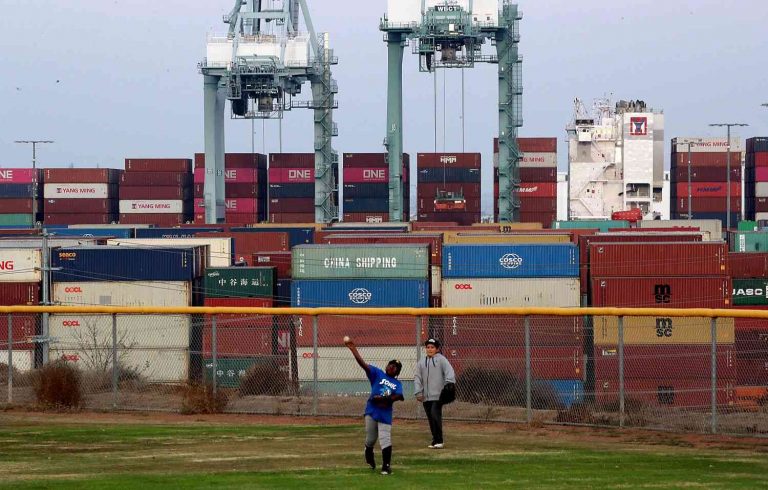 Editorial: Port pollution is a crisis. It’s going to take more than a $20 container fee to fix it, however.

The Port of Los Angeles is among those with the worst water quality in the state of California.

It’s why a team of researchers has concluded that Los Angeles should consider building an $11 million “wet and dry” detention facility.

That is, to collect stormwater runoff into water storage areas, then pump it back out to the ocean with higher-quality water.

The researchers, from UC Santa Barbara and Stanford and other universities, argue that doing so will actually improve conditions downstream, where the water quality actually becomes less harmful.

And while all this analysis may seem academic to city leaders, it has the potential to move Los Angeles toward the kind of long-term approach we need to begin dealing with water pollution once and for all. That’s a long-term vision that would take the kind of public-private partnerships championed by the Port of L.A.

We could actually see the Port make this investment if, for one thing, it had the ability to leverage other private-sector development around the port and the surrounding areas.

But it doesn’t have that ability.

In January, the Port of L.A. is set to propose a $100 toll increase on all water-borne traffic – the steepest in the nation – in order to generate the funds to build this detention facility. (See the accompanying story on the Port’s water problems here.)

Yet the port’s own analysis of potential investment in such facilities has been woefully inadequate. The analysis was so short-sighted that the port is proposing to put the new detention facility in the same area where many of its major water pollution projects are planned. (See the accompanying story on the port’s water problems here.)

How does a $11 million wetlands project get on the agenda of the port for $100 million in water revenue?

What kind of investment is that?

It’s the kind that can do much more to combat water pollution than a single $20 container fee could.

So the Port needs to find $100 million in private funding if it’s going to invest $11 million in this wetlands project. It can’t

The Night Before the Oscars

Parents Can’t Be Vaccinated Without a Parent’s Approval