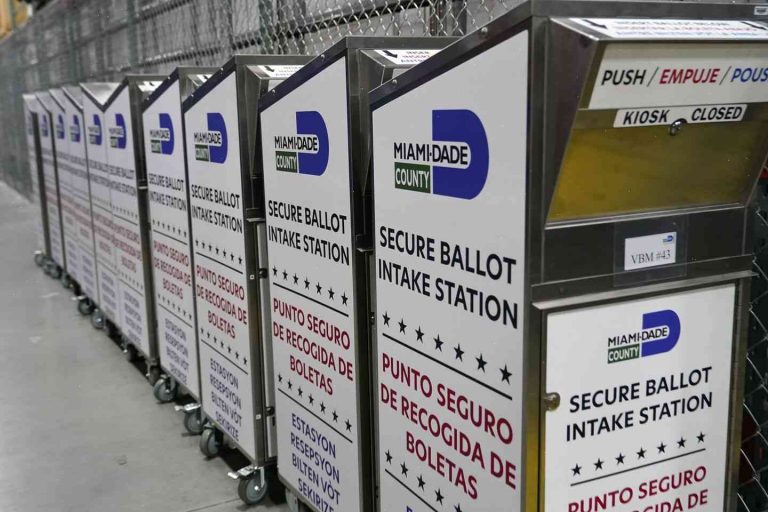 CHICAGO (AP) – A majority of voters say opposing parties pose a serious threat to America – more than double the number who felt that way about the two major parties in the 2012 election.

A May 2 national Quinnipiac University poll found that 58 percent of voters, including 61 percent of Democrats, said the parties don’t do enough to “stand up” to each other, while 19 percent said they did, and 23 percent were unsure.

The poll found that opposition parties in the House and Senate have similar views among voters.

The Quinnipiac survey was conducted before the Senate narrowly approved a bill Thursday that would provide amnesty for some illegal immigrants, and before the House voted to repeal the so-called “Obamacare” health insurance marketplaces.

The poll also found that President Donald Trump’s approval rating had increased slightly in the three months since his inauguration, from 46 percent in December to 47 percent in January. Support for Congress is down to just 36 percent in the wake of the November elections.

(Copyright (c) 2020 Sunbeam Television. All Rights Reserved. This material may not be published, broadcast, rewritten or redistributed.)

The U.S. Senate defeated a Republican effort to repeal the Affordable Care Act, clearing the way for a debate on the future of health care in Washington.

The effort failed by a 51-49 vote. The full Senate will debate the measure next week.

The votes were 51-53 for the measure, mostly along party lines, in the GOP-controlled chamber. Thirty-five Democrats and independents voted for it. Thirty-two Republicans voted against it.

(Copyright (c) 2020 Sunbeam Television. All Rights Reserved. This material may not be published, broadcast, rewritten or redistributed.)

Lawmakers and campaign aides say President Donald Trump does not have a credible solution for immigration, and that lawmakers will have to negotiate to solve the issues that confront U.S. immigration law.

During a campaign stop in Wisconsin, Trump called immigrants “illegal” and questioned whether they are “welcome.”