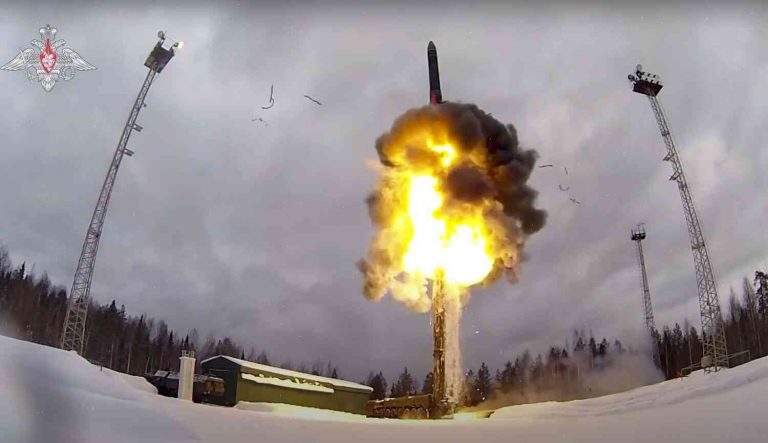 Op-Ed: How the nuclear weapons taboo is fading

When those weapons are used to target nuclear-armed countries like the U.S., Russia and China, that puts them in the category of not using nuclear weapons in their entirety. In fact, on a few occasions since the end of the Cold War, the United States has not even fired nuclear weapons at another country – and each time the weapon was used it was a non- kinetic kill or capture mission.

In the years since the end of the Cold War, however, new nuclear arms have entered the equation, and the nuclear taboo – which was designed to keep weapons from being targeted on civilian populations – is slowly fading.

That is happening at the same time that nuclear weapons have been used much more frequently in non-kinetic missions. Today, the U.S. and Russia are regularly taking part in exercises and testing at ranges that would not have been possible just a few decades ago. At the same time, countries like South Korea and Japan have been developing long-range bombers with nuclear weapons that are capable of being launched from submarines.

In fact, many nuclear-armed states have been developing nuclear-armed submarines that can target Russia and China, and Russia and Iran are beginning to test nuclear-armed missiles that would be deployed by North Korea, among other nations. In fact, over the past week, the U.S. carried out its first nuclear test and two days after that it conducted a submarine launch test of a nuclear-tipped ballistic missile. These are more than mere test missions that have demonstrated military might. They are steps that would allow the United States and other nuclear powers to reach further out in the world and test more aggressive and aggressive policies.

The most dangerous nuclear weapons that are getting closer and closer to their target are the ones that can’t be attacked with conventional weapons: the so-called first-strike weapons. They are what is known as “strategic” weapons — meaning that they are intended to strike out