The Great Spirit: Sitting Bull at the Massacre of the Sioux 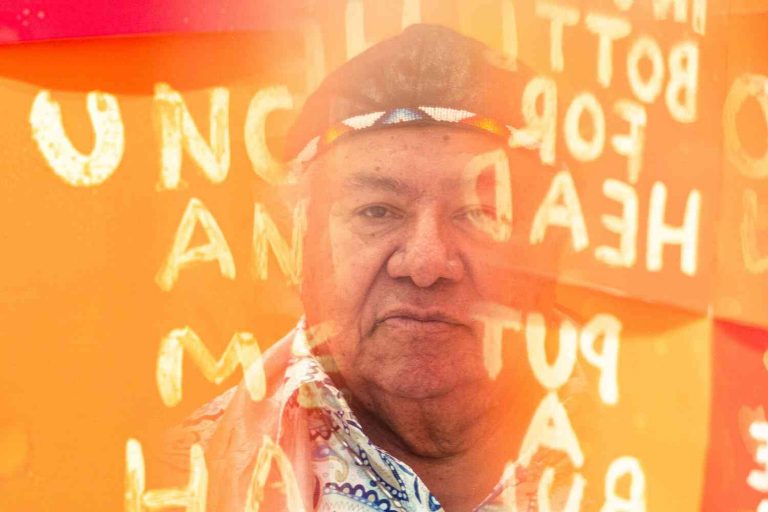 How does a painting that’s been around for 150 years — and been seen as an icon of the American West — get renewed scrutiny from the National Portrait Gallery and the country at large?

The first piece of Native American art, an 1841 painting by George Catlin, sold for $48,000 in a New York art-auction event — a nearly five-fold increase over the original estimate for the work that began as a sketch by Catlin and was completed by Charles Bird King the next year.

The portrait, named “Hiawatha,” features the protagonist of a novel written by Henry Wadsworth Longfellow and depicts the hero standing in the snow with his hands on his hips and a big smile on his face. The full-length painting is on display at the American Folk Art Museum in New York City.

On a recent day at the National Portrait Gallery in Washington, the painting sits on view in the exhibition, “American Portrait Painting.”

The portrait wasn’t, however, the only work of Native American art that the Portrait Gallery purchased this holiday season. In fact, it was one of two pieces purchased from a New Mexico museum that’s been on display since a 2005 exhibit at the Smithsonian Institute’s National Museum of the American Indian — the other was “The Great Spirit: Sitting Bull at the Massacre of the Sioux.”

In all cases, the National Portrait Gallery is taking on large-scale pieces and reassembling them in new configurations, much as it did with “Hiawatha.”

The portrait of the Sioux chief is based on a photograph of the hero from a collection by Edward S. Curtis.

The museum says the work was acquired by the Smithsonian’s National Museum of the American Indian in 2005 along with other large-scale Native-American artwork.

The painting was once part of a large, three-part mural titled, “The Great Spirit” that hung on the wall in the main gallery at the Smithsonian’s National Museum

Californians should brace themselves for more blackouts