The first Russian women to spend a full year in space 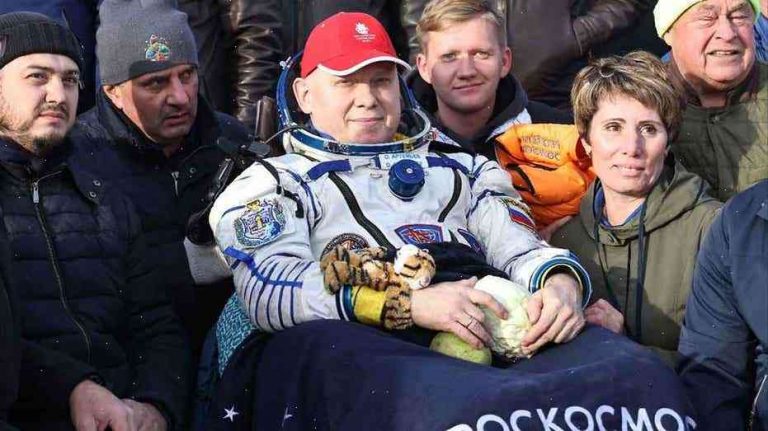 Russian cosmonaut Oleg Artemyev (left) and another cosmonaut, Alexei Leonov (right) were the first humans to spend a full year in space. This was two months after the death of cosmonaut Yuri Gagarin.

Two Russian women and one man made history in the space world on Thursday, becoming the first female cosmonauts in human history and the first Russians to take their own spaceship into space.

At 4:30 p.m. in Moscow, Yuri Gagarin was launched into space on his own Vostok-5B satellite. Less than three weeks after his historic flight, Gagarin died of cancer. The three Russians — Krasusha Gagarin, Artemii Prokopiev and Pavel Popovich — were the first humans to spend a full year in space.

And the next day, the women joined them in orbit.

Artemyeva, 29, began her journey as a rookie cosmonaut on the Soyuz TMA-09M spacecraft, the first spacecraft to visit and then return to Earth with three Russian cosmonauts aboard. Krasusha Gagarin followed her, serving as her flight engineer.

The other women were Maria Zasulich of Kazakhstan and Gennadi Padalka — both cosmonauts who had been in space before — who flew on the Soyuz TMA-11M spacecraft.

Together they became the first Russian women to spend a full year in space, and the first women in space to be involved in joint space missions.

After the flight, the three women were received at the Kremlin by the Russian president, Vladimir Putin. They

The Shelf Life of a 12-Foot Home Depot Skeleton