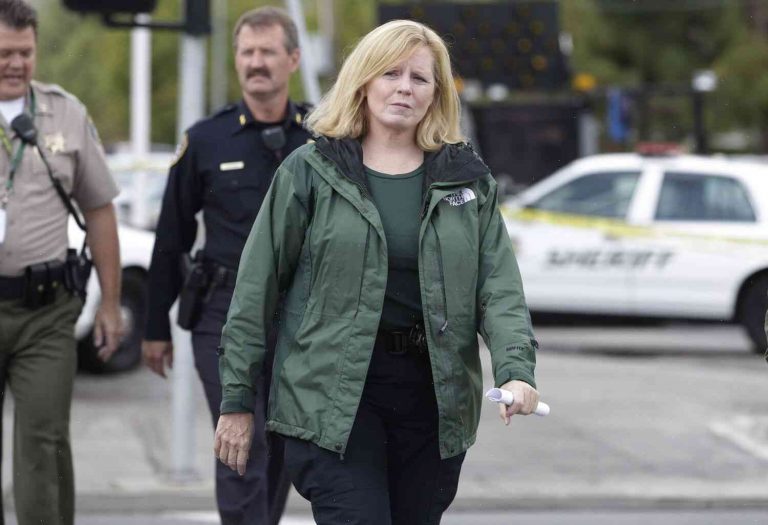 SANDY — A long-time Santa Clara County sheriff’s deputy admitted yesterday to receiving more than $300,000 in illegal kickbacks and lying to Internal Affairs about the payments.

But Sheriff Laurie Smith’s chief of staff, a former lieutenant, and a top deputy were convicted of lying. And Smith herself was found guilty of lying to the commission, as well as being physically abusive in an attempt to silence the whistleblower who reported her. The scandal erupted in 2011, when an investigator found that the sheriff’s office had fired a veteran deputy in 2010 for trying to help the disabled woman who became one of the county’s worst cases of abuse.

After a nearly eight-week trial, the jury deliberated for two hours before finding Smith guilty on each count, and that she had lied to the commission about the first deputy’s firing and about the kickback scheme, which involved sending the deputy thousands of dollars a month to cover the woman’s medical bills.

The jury also found that Smith had used excessive force against the woman, in an incident in 2009, when the woman was a suspect in a sexual assault. The jury deadlocked on the other charges.

Smith, who had been named chief of staff in 2010, was found guilty of being physically abusive to the woman and of lying to the commission about her firing. Her conviction was the first of any of the charges. Smith faces a maximum sentence of seven years in jail.

Three of Smith’s top deputies, including her first deputy and her chief of staff, were found guilty of lying to the commission, which ordered them to do community service.

Smith had admitted to lying about the first deputy’s firing. The jury said Smith had a “personal vendetta” in an attempt to silence the whistleblower, and that she used excessive force against the woman.

Smith is the second sheriff department chief of staff convicted in recent years. Last year, Joseph Melendez pleaded guilty to lying to the commission about the theft of his deputy car. Melendez was fired.