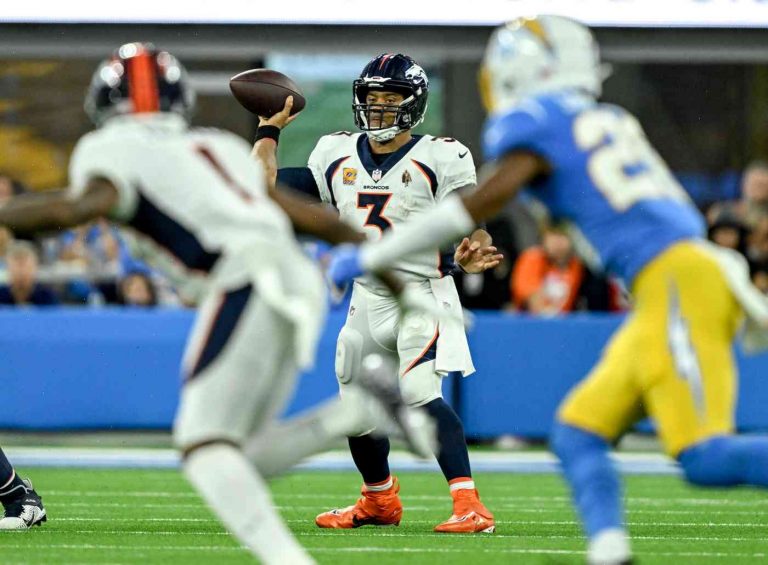 Injury update: After suffering a hamstring injury in the Broncos’ loss Sunday afternoon to the Seahawks, it appears as though Russell Wilson is dealing with a lower body injury for the second straight week. The Broncos sit at a season-low four games, and need a fifth to secure a playoff spot.

As a consequence, Wilson was limited in practice Tuesday. The team was hesitant to release a statement on the matter, though it is believed Wilson is dealing with a lower body injury.

Asked if he could be able to play, Wilson said, “Could I play today? If I had to, absolutely”

Wilson, who has gone 10-2 on the year, is in the process of being named to the Pro Bowl for the first time in his career. His production and playmaking ability have been key in Denver’s three wins.

However, his streak of success may be coming to an end, according to a league source. The source pointed out that Wilson has gone 22 consecutive games without an interception.

“It obviously is a big concern of mine,” said Broncos coach Josh McDaniels. “From the get go, we want him to make critical plays, which he’s doing. The things that can go wrong in the game can be corrected, but that can’t happen with the great playmaking ability that Russell has. We are all aware of that. We have to wait and see if it’s an issue or not.”

Wilson is not the only one dealing with an injury this week. Defensive end Derek Wolfe dislocated his wrist in the second quarter Sunday. McDaniels added that he expects Wolfe to be back in action this week and is hopeful he will be able to play on Sunday. The team is also hopeful it can return a healthy DeMarcus Ware, who will be back in the lineup this week after missing four games with a hamstring injury.

Despite the injury to Ware, the Broncos are confident he will be back this week.