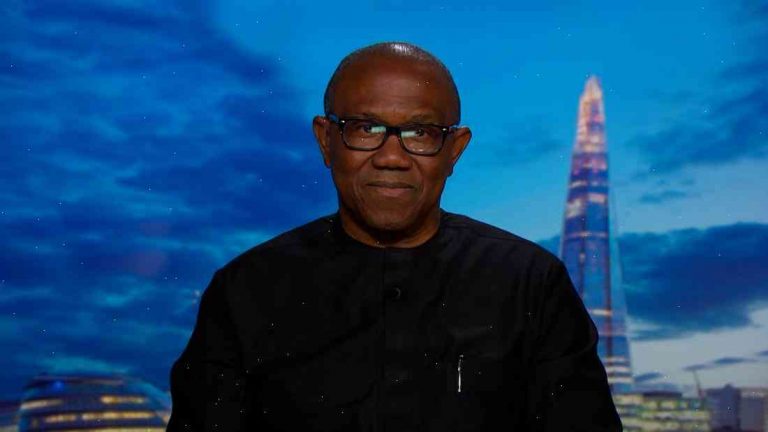 Nigerian presidential candidate Peter Obi has described the country as “a basket case”, says Nigeria is “in a bad place” and needs to build a new economy.

Mr Obi, who is seeking to become the first black president of Nigeria, told reporters he would be in “a new place” next year in terms of economic growth and investment.

“We are in a bad place. I feel we have to transform our economy into a new one, a healthy one,” he said.

Mr Obi was speaking in Abuja after a gathering at the Federal Polytechnic, where he spoke in his capacity as chairman of the Economic Policy and Planning Unit of the NIMBY (Not in My Backyard) Movement.

“The economy is at a low ebb. Nigeria needs to build a new economy which can bring in a lot of investment and economic activity,” he said.

“It is my intention to make sure the economy is transformed and I believe we will, in the course of time.”

As the country’s first black president, Mr Obi faces the tricky task of convincing Nigerians that he is not just an African nationalist but also a nationalist in the mould of Nigerian strongmen like Obasanjo, Buhari or even Ben Alisadeg.

Since his presidential campaign began and he made his maiden rally in Abuja in January 2013, Mr Obi has consistently taken aim at Nigerians, saying “we don’t have money” and “we don’t have oil”.

He called the federal government wasteful of its resources and said the country needed a radical overhaul, but so far failed to back up his rhetoric with concrete plans.

Nigerians seem to have largely bought the message, but even so, when asked about his plans for economic revival, he added: “We are in a bad place. I feel we have to transform our economy into a new one, a healthy one.”