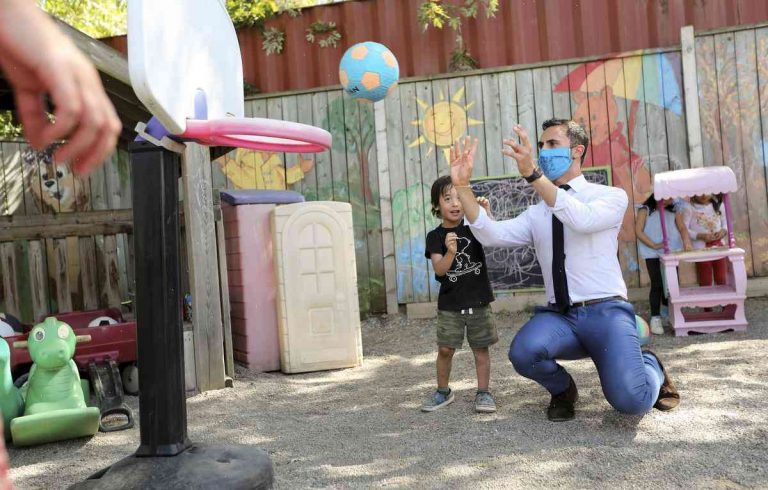 The federal government spent a day with child care workers across Ontario on Thursday, demanding to know why the province’s $10-a-day child care funding rules have been weakened.

Minister Jonathan Wilkinson and Minister of Families, Children and Social Development Lisa Thompson told reporters that the province “is not giving away our child care decision-making.”

“We are making clear that the funding is not for government officials or politicians,” Thompson said. “It’s for child care workers, their families and the children they serve.”

The federal government is holding public hearings across Ontario on the $10-a-day rules, which reduce annual increases in funding for child care workers to 5.5 per cent, on the grounds they are an unfair “gift” to child care services.

In the meantime, the federal government says it’s willing to work with the province to eliminate child care funding as soon as possible. (Story continues below.)

“We see the importance of child care in Ontario, so we don’t want any impediment to that. We’re willing to have that worked out, and we’re willing to work together,” Thompson told reporters on Thursday.

“We’re willing to make changes we believe will strengthen and improve the program,” said Wilkinson.

Thompson also said the province has asked Ontario’s child care funding agency to identify ways to ensure funding follows the funding formula but the agency has been unable to do that.

The province has already decided not to have a separate funding model for child care, as recommended by the province’s child care ombudsman

Georgia Gubernatorial Race: The inside story of the Georgia Senate race