Why L.A.’s ban on homeless encampments near schools, day care has become heated election issue Los Angeles is grappling with its homeless problem, and city officials are looking to ban camping on public property…. 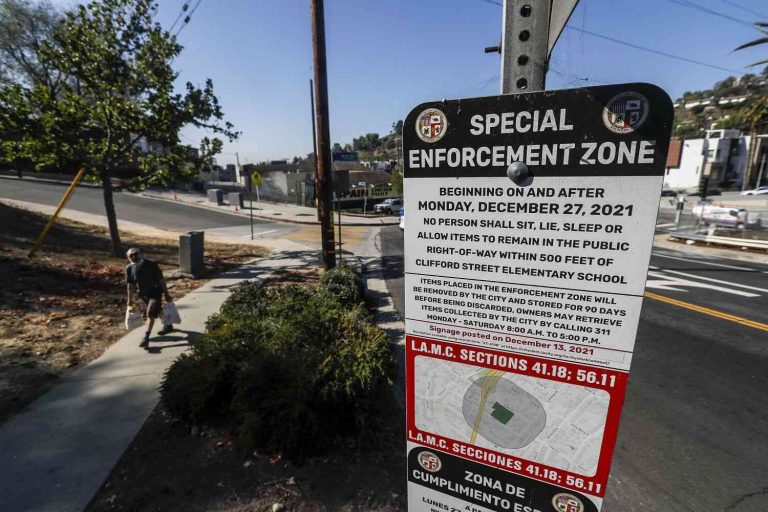 Los Angeles is grappling with its homeless problem, and city officials are looking to ban camping on public property. A mayoral election with a clear winner will help them figure out how best to address the problem.

The issue of homeless living on sidewalks and parks and other public property came up during a meeting Monday night of the L.A. School Board, where board members urged school officials to not allow homeless to set up tents or tents and tarps in the schoolyards to sleep.

The idea, expressed as a question by board member Bill Clark, got applause from the audience.

Los Angeles is grappling with its homeless problem, and city officials are looking to ban camping on public property. A mayoral election with a clear winner will help them figure out how best to address the problem.

The L.A. School Board, whose members include mayoral candidate John Avalos, is meeting on Monday night to discuss issues in light of the latest federal and state report on homelessness that identifies the city as second in the country behind New York.

In the report, published last week, the U.S. Department of Housing and Urban Development cites Los Angeles as one of 23 metro areas that are “among the most challenging” in the country when it comes to helping homeless families and individuals. It lists Los Angeles at No. 7 in the country with a number of challenges, such as “high rates of homeless individuals and families.”

The report says the homeless population increases when the weather gets warmer and is the most serious problem in California because cold weather typically makes the homeless seek shelter in more crowded areas, where the situation quickly gets worse. Los Angeles, it says, has the highest rate for homeless individuals and families.

“When the weather gets cold our homeless population increases,” said City Councilman Mitch O’Farrell at a news conference Monday to express the need for the board’s meeting.

“The homeless population is going to be a problem in this city as long as the weather holds,” O’Farrell said, citing heat stroke, drowning and exposure in the water and on the streets. “They have a lot of issues that are challenging — a lot of mental and physical health issues they have. They want security and they’re not getting it from the city.”

The homeless in Los Angeles, he said, “don’t want to stay in shelters.”