‘Big Shot’ new season finds the ball back in John Stamos’ court Share this: It’s been nearly two weeks since John Stamos first brought up the idea, in conversation with Jimmy Fallon, of a… 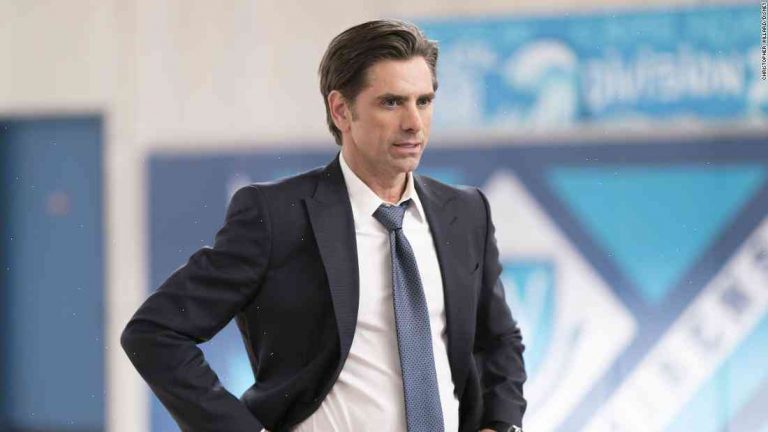 It’s been nearly two weeks since John Stamos first brought up the idea, in conversation with Jimmy Fallon, of a “Big Shot” episode at the start of the TV season.

Since then, more than a half dozen other former stars have popped up with similar suggestions, all of which come with disclaimers that “it could go very, very badly.”

And yet, the idea is so seductive, so enticing, that for the past two weeks, the only reason they’ve stopped short of having Stamos come to New York to audition for the show has been because CBS has not yet secured Stamos’ services to do the show live on CBS.

“I don’t believe there will be a Big Shot episode at the top of the season,” Stamos said Tuesday during an interview on the CBS “Mad Money” TV show.

CBS and Stamos have said all along that they hope to have the former “Glee” star come back to do a “Big Shot” episode, possibly around the beginning of the fall TV season, but Stamos said Tuesday that it could happen as far ahead as the summer, even next spring.

“There could be one early in the season,” he said.

When asked if he would still star in the show if it was not called “Big Shot” – he said he will if it is – Stamos said yes.

When asked if he would want to still step back into the character of Billy Crystal in a “Big Shot” episode, Stamos said, “That would be wonderful. That would be fabulous.”

“I’m so happy to do more of that show,” Stamos said. “I have so many other ideas and stories to tell.”

Stamos also said he has a “fairy tale” on the back burner that he wants to follow the next three years.

“The next three years are going to be a long journey,” Stamos said

The Case of the Four North Carolina Students