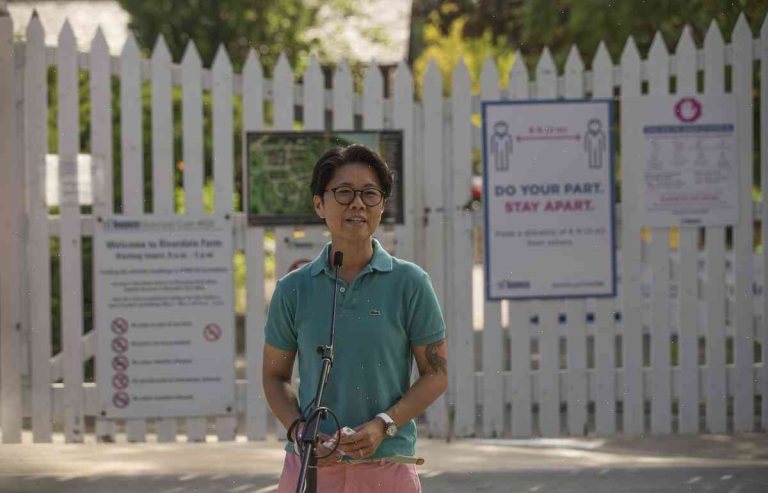 Toronto Public Health’s vice-chair responds to backlash over Sun column about COVID-19, says her only aim was to ‘promote discourse’

The article that Toronto Public Health’s vice-chair Dr. David McTiernan wrote about COVID-19 was rejected as it has a lot of factual errors. (CBC)

Toronto Public Health’s vice-chair Dr. David McTiernan rejected an apology from the Sun about its column about COVID-19 this week, blaming the editor, who rejected the column as irresponsible.

“It came in a lot of pieces and it was irresponsible in terms of making such sweeping statements about someone’s medical condition of death just based off the information contained in this piece,” said McTiernan Wednesday in an interview.

“So I sent it to the editor and he said, ‘We’re not going to print it, you shouldn’t have given that information.'”

“I said, ‘Well, I’m just going to make this correction to make sure you know the information I gave you.’ And that was the only correction I made,” he said.

It was a “very serious mistake” that was “really unforgivable and just completely irresponsible.”

“I am going to make amends and take responsibility,” he said, adding that he plans to change the column with a correction and that he still believes the facts of the case should be taken into account by the public.

“There is enough information available to the public to have a more educated and informed opinion,” said McTiernan.

“We can’t be afraid to ask questions when there are unanswered questions.”

McTiernan, who was once a member of the Sun’s editorial board, has been vice-chair of Toronto Public Health since May 2019. Earlier this year, the Sun was temporarily suspended until April 2020 over a series of controversies.

The columns included one on

Parents Can’t Be Vaccinated Without a Parent’s Approval