How a yellow jersey is dividing Brazilians Rio de Janeiro – “We have always said that if you want a country to be beautiful, you have to have good-looking people, but now we know… 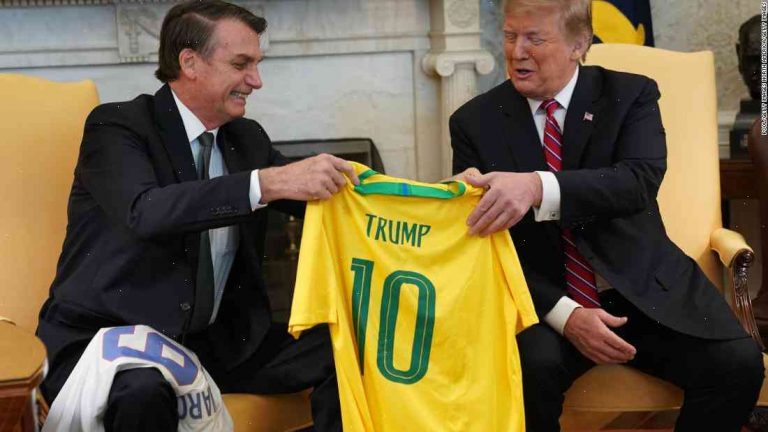 How a yellow jersey is dividing Brazilians

“We have always said that if you want a country to be beautiful, you have to have good-looking people, but now we know that it is really necessary to make the people beautiful.”

These words were spoken by the president of the Brazilian Senate, José Serra, shortly before the country’s first national women’s football final on Saturday.

The event, which is organised by the Football Federation of Brazil (FFCB) and will be broadcast live on television at 6pm on Sunday, seeks to highlight in an historic way the important role that women’s football can play in the sport’s development in Brazil.

“Football is a tool to promote equality. It is the great equaliser”, said Serra.

“It is the great equaliser in Brazil. Women’s football means women and men, men and women. For what sport is not for men? The problem is the inequality that is created on this level”.

The football fans in Rio were, indeed, a sight to behold. Many of them had made the long journey from their home towns to attend the game, many of them dressed in their best traditional clothing and some wearing national team kits from countries that they do not represent.

The fans present at Rio de Janeiro’s final had a simple message – show love, show the support of the country, and we will show you.

A few minutes before kick-off, several people were seen singing a patriotic song. In fact, there were chants of “Vamos ver Brasil para todos! – Vive Brasil! – Vive Brasil!” Alluding to the country’s football history, the words of the song are from the famous Brazilian national anthem.

At the same time, many of the fans were singing “Brazil, O Mundo do Futuro” – or “Brazil, the World of the Future”, which is the name of one of the main symbols of the sport that is played in Rio de Janeiro.

The game began peacefully and was accompanied by an international team of referees. However, an incident took place at the end of the first half, with a fan allegedly throwing a water bottle at the referee. The police were called to a report of the incident.